Justice Ruma Pal is a former judge of the Supreme Court of India.

She did her LL.B. from Nagpur University and went on to read for her Bachelor of Civil Law (BCL) degree at the University of Oxford.  She commenced practice in 1968 before the Calcutta High Court in civil, revenue, labour and constitutional law matters. On August 6, 1990, she was appointed Judge at the Calcutta High Court, and on January 28, 2000, she was elevated to the Supreme Court of India. She retired on June 3, 2006.

In her long and distinguished career, Justice Pal has delivered many critical judgements in landmark cases. She co-revised M. P. Jain’s Indian Constitutional Law (6th Edition) and has been published in several national and international journals. She served as the Chancellor of Sikkim University from 2012 to 2017. She is also a member of the International Forum of Women Judges.

Read more about her on her Wikipedia page here. 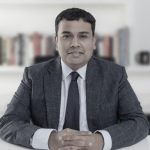 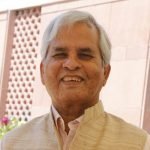