A promise to return: Sensitisation session by IDIA Punjab chapter

IDIA seeks to achieve a simple goal – spreading awareness about and access to the legal profession, among the underprivileged communities of India. Over the course of the past decade, the field of law has received tremendous recognition and is increasingly becoming the preferred choice of career for numerous students each year. Despite the expansion of the legal field and the wide scope it offers, some sections of society remain oblivious to the prospects that the legal field has to offer.

Ever since the IDIA Punjab Chapter has been constituted in 2014, it has conducted numerous drives sensitising students belonging to schools all across the region, about law as a career. It would be no exaggeration to say that the Punjab Chapter team has sensitised over 400 students till date, selecting the most deserving of these students to be IDIA Trainees, who are trained to face the most daunting law entrance examinations in the country – the CLAT and the AILET.

IDIA conducts sensitisations in schools to make underprivileged students aware about the study of law, procedure for getting into law colleges, the various career options one has as a lawyer and to look for enthusiastic deserving students who wish to pursue a career in the legal field, but heavy fees of universities stand in their way. The goal is to ensure that economic reasons do not stand in the way of bright students belonging to under-privileged communities having access to the best legal education available in the country.

Yet another sensitisation drive was conducted by members of the IDIA Punjab Chapter on the 5th of April, 2019. This time, we headed to the Government Senior Secondary School, Sidhuwal, Patiala which was a five-minute drive away from our Rajiv Gandhi National University of Law, Patiala (RGNUL). After facing a slight difficulty in finding the school, we made it in time to meet the Principal. As expected, the Principal inquired about our purpose there and what we expected from the students. After talking to us for about ten minutes, he guided us to the classroom where we were greeted by an enthusiastic bunch of students from the 12th grade for whom the new academic session had commenced recently.

As the classroom was not big enough to accommodate all the students, we were asked to move to the computer lab. We began by introducing ourselves, telling them about RGNUL which most of the students had either seen or heard about, telling them about the CLAT, and finally about IDIA and how the organisation can help interested students with an aptitude for law.

As this was meant to be an interactive session, we invited participation from the students and encouraged them to share their future plans with us. Being in their last year of school, many of the students harboured aspirations for their future. However, very few were acquainted with the diverse field of law. This did not come as a surprise to us, as we were aware of the limited exposure that they received in school about a career in law. Many students actively engaged in the discussion, sharing their understanding of law and lawyers.

We spent a total of about 45 minutes talking to the students, spending most of our time telling them about the different avenues that the legal field has to offer including the varied opportunities that lie ahead for a law graduate. Once the students realised how diversified the legal field is and how a professional degree like Law can open up a world of opportunities for them, many students came up with questions and requested further clarifications. After addressing their doubts, we went on to tell them about our organisation and how we can help them realise their goal of receiving a legal education.

Coming from humble backgrounds, for these students, the biggest hindrance in their road to success is their financial limitation. After we told them about IDIA and its promise of giving free-of-cost training to the selected few saving thousands of rupees of coaching fees, and moreover, sponsoring the college fees of the successful candidates for all five years, many of the students decided to give the INAT (IDIA National Aptitude Test) a shot. Over 30 students wrote the test, many of them requiring clarifications in questions which naturally seemed to be challenging for them. The INAT is conducted in the English language, which is the first and the most obvious barrier for these students who have studied in a Punjabi-medium school all their lives. Although they do have English language as a subject, their understanding of complicated CLAT-level reading comprehension passages is restricted. These passages were not the only obstacle for them, in an exam such as CLAT, other sections such as Legal Reasoning requires a firm grasp of the language as a prerequisite.

Despite these challenges, the students persisted and all of them successfully completed the test about an hour and a half later. After the test papers were collected, a few girls stayed back to have a word with us and know more about IDIA. They showed a genuine interest and asked us about the procedure which is followed to shortlist students post the preliminary test.

We wrapped up our session, with a promise to return to meet the students belonging to the Eleventh grade for a similar sensitisation session. This experience joined the list of the many enriching experiences we’ve had communicating with and sensitising students over the past two years. We hope to witness a positive result so that the lives of more students can be changed for the better.

This post has been written by Tanya Mayal, a second-year student of the 5-year integrated course at RGNUL, who has been an IDIA volunteer and member of the IDIA Punjab Chapter since October 2017.

access access to legal education CLAT college diversity education inclusion law lawschool Sensitisation
A promise to return: Sensitisation session by IDIA Punjab chapter2019-06-282019-06-28https://www.idialaw.org/wp-content/uploads/2018/12/logo-six.pngIDIAhttps://www.idialaw.org/wp-content/uploads/2019/06/shivali-bp-1.jpg200px200px
About
IDIA
IDIA is a pan-India movement to train underprivileged students and help transform them into leading lawyers and community advocates. IDIA is premised on the notion that access to premier legal education empowers marginalized communities and helps them help themselves. To donate towards the cause, please visit: idialaw.org/donate/ For additional queries contact: Swati Agrawal, Director - Operations, swati@idialaw.org. 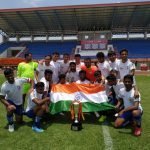 IDIA represents India at the Asialawyers football tournament in ThailandBlog