IDIA Scholar Sushant shares the story of a small fish in a pond who went on to achieve new heights. This story is inspired by his own experiences, struggles, aspirations and triumphs.

Once there lived a fish in a small pond, who was very confident, and who believed in changing the rule of nature that only those who are strong can survive. The name of the fish was Small. This small fish lived in a small crowded lake, which always had the threat of fisherman catching them. The father of the small fish always tried his best to protect his children in whatever way he could. Small was a very ambitious fish, who always dreamt of participating in the great swimming race in the Pacific Ocean, and always dreamt of winning that challenge and becoming the king of the ocean to change the order of the nature.

Small was the brightest fish among all the fishes in that pond. This used to make him feel very confident about achieving his dream. Small’s vision of the world was limited to that pond and he viewed everything that was happening in the ocean from the perspective of that pond.

Then, came the point when all the young fishes in the pond had to leave to learn swimming in a river. Small also left the pond. After learning how to swim, Small had a big decision to make. Small had to decide whether to take the risk of going to the ocean or continue like his other fish friends in the river and go back to the pond where they lived.

Small decided in favour of taking the risky route of staying in an ocean, and his father had a great role in Small’s decision-making. At the same time, Small got to meet some of his seniors of the river who stayed with him for a long time. Through them, Small got to meet the trainers of the ocean who try to take small fishes from the ponds, lakes, and rivers, to the ocean.

These trainers informed Small that in order to enter the ocean and live there you must win a very hard swimming race in the sea. In the initial days of the training, Small got afraid by seeing the sheer number of fishes competing for the place in the ocean, which also included the sons and daughters of the various heads of the seas, oceans, and rivers. He found out that there were only a few small fishes like him there. The major reason for the same being that swimming in a sea for a small fish requires training which is only found in some of the prominent rivers. It is also a life-risking journey for a small fish from a pond since the seawater is salty. Small eventually got a bit stronger and believed that he could win the race. He also thought to change the rules of this race after succeeding. Finally, the day of the race came. The competition was very high and with much difficulty, Small won! He secured a place in the ocean.

Small entered the ocean with much excitement but it was all short-lived because of several reasons like he was used to swimming in freshwater but now he is being forced to swim and live in saltwater. He was the most intelligent fish among all the fishes in his pond, but in the ocean, there were many like him. There are other big fat fishes, who always tried taunting small fishes of the ocean which had come from similar ponds like Small. These big fat fishes dominated every part of ocean like in the swimming competitions, decision making in the ocean, and even when it came to catching prey to eat. They also set high standards in the oceans to be considered as a good swimmer and imposed their culture as the ocean culture. In the ocean, Small discovered many things like that the world is much bigger than what Small had thought. He discovered that in this world resources were distributed unequally. The big fat fishes over the time rose to the position of power and literally controlled the ocean. They started becoming representatives of small fishes and worked to curb the dissent.

By seeing all this, Small felt angry at himself for not being able to do anything. No one dared to try and challenge the big fishes. The fact that they swam very fast compared to the small fishes gave them a lot of legitimacy to behave as they wanted. Every small fish knew that the big fishes were able to swim fast because they have come from oceans, and their parents were able to help them in learning swimming in the ocean, unlike parents of those who were from small ponds who had no knowledge of swimming in an ocean.

Small who tried in challenging them failed initially because he did not have any support from other small fishes. Then, he small met a fish called Huge who was from a sea but behaved like a person from a small pond.  Huge was a down-to-earth fish and understood quite clearly the concerns of Small. Huge said that he as a person had a lot of responsibilities to change or try solving their problems. Small found that Huge had a lot of legitimacy and acceptance among the small fishes and few big fishes since he is one of the fast swimmers in the ocean.

So, Small with the help of Huge and a small group of small fishes decided to challenge the authority of big fishes. Once they started challenging, the big fat fishes labeled them as trouble makers and got them thrown out of the ocean.

Small went back to his pond and narrated the whole story to his father ‘Tiny’, listening to which he reacted angrily and said that, a system of oppression had been there from ages and he (Small) cannot undo it in one day. He was a bit emotional and afraid of losing Small. He thought that this type of activism will lead to him not learning swimming. In addition to that, he got afraid after listening to a story from another ocean where a small fish like his son had committed suicide after facing unbearable oppression. After that, Tiny got taunted by the fathers of other small fishes who had argued against sending Small to the ocean. Observing all this and a failure in the ocean, Small felt that these problems will only be solved by taking his life. At least this would be the beginning of a revolution that will see its end in the future. He thought he would become the first torchbearer of the movement. He tried committing suicide but was taking a step back every time as he grew closer taking his life.

He would take a step back because he knew that he ought to live and he had many aspirations, and he would be proud to watch them fulfilled before his eyes. At the same time, he thought about his father’s struggle, in protecting him and sending him to the ocean with a lot of confidence.

He thought all of that and left for the ocean along with his friends after the completion of their suspension period from the ocean. After joining the ocean again, the detractors increased, jokes about them increased, and the oppression also increased. They realised that they need great support from small fishes to change the situation. They started breaking down the problem and found one issue resolved would result in solving the other issues as well. They started focusing on that one issue.

They also changed their modus operandi by making friends purely on ideological grounds thereby, increasing their influence among students. They were successful in bringing some change but not the entire change which they dreamt of. When they were leaving the ocean, Small said that any problem is like a big tree and we should end it from the roots itself, but we are trying to address the problems which stemmed out of the main problem. These fishes left in different directions, ended up in different places but started addressing the problem of oppression from different levels. Then after that, Small returned to the pond where he was born. His father Tiny asked, ‘’you said after completion of the swimming training you want to participate in that race in the Pacific Ocean and want to change the order of nature.’’ To which his son Small replied, ‘’that from now on I want to stay in pond and encourage the other small fishes to go to the ocean and to raise voice against the oppression.’’ And he went on explaining about looking at the problem as a tree. His father Tiny became proud of his son’s understanding and helped him in living his dream. Small travelled to various ponds and inspired various small fishes to fight against oppression. 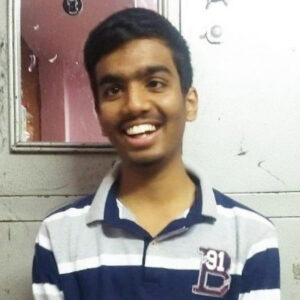