Finding Our Way through the Woods of Wayanad - IDIA

Finding Our Way through the Woods of Wayanad 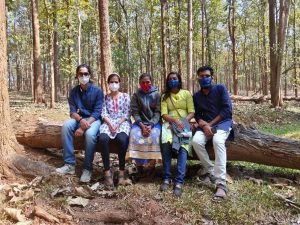 Radhika, our IDIA scholar, belongs to the Kattunayakan (literally meaning “chiefs of the forest”) tribe in the calm, serene and peaceful district of Wayanad, Kerala. She is the first member of her tribe to crack CLAT. The Kattunayakan are a Scheduled Tribe community living in South India with an estimated population of around sixty thousand people. As the name suggests, the community depends on the forest to earn a livelihood – by actively engaging in the production, sale and collection of a range of forest produce such as honey, fish, coffee and other forest products that generate market revenue. The literacy levels within the community remain extremely low. The community shares a deeply personal relationship with the forest and strongly believes in honouring their ancestors. 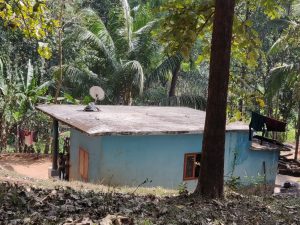 On 25 January 2021, a small team from the IDIA Kerala Chapter comprising Sarath, Cindia, Vinayak and Ashna began our journey to Wayanad to meet Radhika. We were both excited and curious to explore the possibility of a long-term engagement with her community.

Radhika lives deep inside the forests of Wayanad in a small tribal hamlet made up of groups of families and their hutments. As we made our way through the quiet forests, we noticed that several people nearby were engaged in agricultural activities. We observed that the community is unconcerned with materialistic pleasures and makes do with a handful of bare necessities that they procure from the forest. The lack of awareness about the importance of a nutritious diet was visible when we found out that most of them, including the young children, skip breakfast and only eat when starving. Due to this, most of them were malnourished, and the children looked much smaller than their actual age.

The people from the community told us that they get free rice, kerosene and sugar from the nearby ration shop, although there are disruptions in supply from time to time. From the conversations we had, we understood they do not regularly consume fruits and vegetables. They often eat plain rice for lunch and dinner and sometimes combine it with a side dish of locally grown vegetables or pulses. Most adults suffer from constant body pain due to their daily work routine. When we enquired about this to Radhika’s mother, she was quick to respond in her unique dialect, “So what if it hurts? We must work to survive.”

The only source of books comes from a small nearby community library that was constructed years ago. However, when we asked some children if they used it, we were told that it is often used as a play space rather than a study place and did not have adequate facilities. Radhika has told us that she will look into the possibilities of subscribing to some newspaper service. 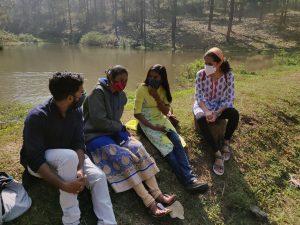 The community believes in certain fundamental values – respecting and caring for our environment, living peacefully and frugally, and finding joy in the simple pleasures in life. For instance, as we walked around, we noticed that the entire area around her hamlet was extremely clean and had huge grilled bins kept in places for collecting plastic. The only place that had plastic was the bin.

Immediately at the start of our interaction, we noticed that the people there were shy and initially they were very reluctant to talk to us. However, the more we interacted with them, the more comfortable they felt. After a short while, they began to talk to us more freely. In general, people would turn their faces and bodies away from us, and the children would hide behind their mothers to signal to us that they did not want to speak. The younger children warmed up to us quicker than most adults. They would smile and shy away from us when asked about their interests and ambitions. We were pleasantly surprised by how generally shy Radhika, was beaming at us and offered to take us around her hamlet. 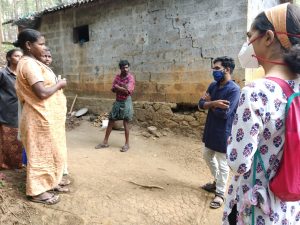 IDIA Kerala Team interacting with the members of the tribe

As we walked across long stretches of quiet forest land surrounded by the sounds of rustling trees and chirping birds, we talked more about Radhika’s lifestyle and experiences. She told us that growing up; she always contributed to domestic household chores, which often took up a lot of her time. Although her parents supported her education, they were illiterate and were not too aware of anything related to her education. We were told that most families earn their income from private agricultural activities, farm labour and daily wage work under government schemes such as the Mahatma Gandhi National Rural Employment Guarantee Act. Sometimes, families travel long distances and find work in coffee plantations near the Karnataka borders. In such cases, they do not return for several months. One of the women we spoke to told us about the suffering endured by women in such plantations as they were frequently abused either physically or mentally.

IDIA Kerala Team with the members of the tribe.

It was evident that they were not scared of being themselves and speaking their mind. From our experiences interacting with Radhika, we know that she never hesitates to say no to something she does not want or is uncomfortable with. The women told us that their children had access to online classes and that the classes were aired on the television at fixed hours. However, many of them did not seem to be attending them regularly, and not all households had a cable connection. In Radhika’s house, there was no cable connection. Many of them had mobile phones on which they would play games and listen to music or watch videos. .

Most houses had a minimal infrastructure and were run down. Some houses were also under construction, but we learnt that intermediaries and corrupt officials usurped finances allocated by the government to construct these houses were rampant in the government’s dealings and the tribal communities. The women also told us that self-help groups such as Kudumbashree groups used to exist but failed to continue in the long run. The absence of such external help from sources other than government authorities is somewhat problematic as it increases the scope for corruption. 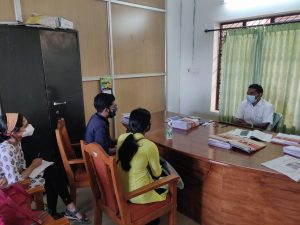 After spending over about two hours with Radhika and her community, we bid our goodbyes and visited Mr. Ismail, the Tribal Development Officer in Wayanad and discussed the possibility of collaborations between IDIA and the Tribal Development Office in Wayanad. As a law graduate himself, he was well aware of the significance of increasing diversity in Indian law colleges and was keen on tackling the non-representation of marginalised communities in the legal field. He told us that he would extend whatever support we required and was enthusiastic about the idea of carryout out an IDIA Sensitisation program in Wayanad. He told us to send him a document containing IDIA’s work and the procedures involved in taking the CLAT. He spoke about starting a coaching camp for the coming academic years to train tribal students from across the district for various law entrance examinations. 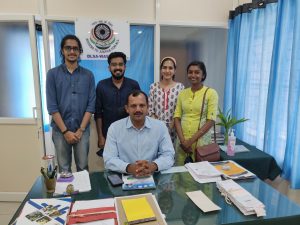 We then met District Judge Rajesh who also headed the District Legal Services Authority in Wayanad and was kind enough to provide us with food and accommodation throughout the trip. As we narrated our experiences with Radhika to him, he reminded us of the challenges our team might face while mentoring her. However, he was extremely optimistic about her progress and told us that he is planning a large scale sensitisation and legal training program in collaboration with IDIA in Wayanad to help more children appear for CLAT and make their way law schools across the country.  He also made us aware of the many corrupt practices in the interactions between tribal communities and the government and told us that he would see to it that our efforts shall not be in vain. He is currently taking many efforts with the District Legal Services Authority’s help to ensure that the tribes in the region are not exploited at the hands of middlemen or erring government officials. 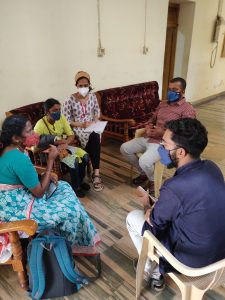 Finally, we also interacted with a Community Social Worker and Health Worker who had been in close contact with Radhika from her childhood. We had a long discussion about the students’ language problems in the region as they are not taught English from an early age. This poses a significant hurdle to their future education, and we were brainstorming about the different ways to help Radhika improve her skill in English language. They put us in touch with English teachers in Ernakulam and Wayanad and promised to follow up with them in the days to come.

On the whole, our trip was an eye-opener as we got to witness first-hand the range of socioeconomic, financial and day-to-day problems faced by the tribal communities in Wayanad. We will use this opportunity to lay the foundation for building long term relationships with these communities and ensure that more scholars can fulfil their educational goals in the years to come. While we believe that there is a pressing need to start coaching these students for the CLAT and other entrance exams, we also need to use our platform to carry out a general mentorship program to create awareness among these children about the wide variety of educational opportunities out there. At present, we explore the possibilities of distributing books and children’s magazines and conducting virtual interactive sessions with these students.

We hope that Radhika is the first of many from her community to shatter glass ceilings and overcome barriers. The whole team cherishes this opportunity we received and promises to take this forward, no matter the hurdles we may have to cross. As Yuval Noah Harari beautifully said: “It takes a tribe to raise a human.” The IDIA Kerala Chapter is now a part of Radhika’s tribe.

*Asha D is the Deputy Team Leader of the IDIA Sensitizations Vertical, Kerala Chapter. She is a student of The National University of Advanced Legal Studies, Kochi. In her free time, she loves listening to people’s stories and interacting with animals.

Kerala radhika Sensitisation wayanad
Finding Our Way through the Woods of Wayanad2021-02-082021-02-08https://www.idialaw.org/wp-content/uploads/2018/12/logo-six.pngIDIAhttps://www.idialaw.org/wp-content/uploads/2021/02/team-with-radhika-scaled.jpg200px200px
About
IDIA
IDIA is a pan-India movement to train underprivileged students and help transform them into leading lawyers and community advocates. IDIA is premised on the notion that access to premier legal education empowers marginalized communities and helps them help themselves. To donate towards the cause, please visit: idialaw.org/donate/ For additional queries contact: Swati Agrawal, Director - Operations, swati@idialaw.org. 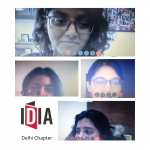