Today, as I write this post, I tear up a little. There’s not a day that has gone by when I’ve not thought about Prof. (Dr.) Shamnad Basheer since the evening of 8th August 2019. Oddly enough, I never had the opportunity of meeting him. Yet, there’s a cosmic connection that I have felt towards him from the day I joined IDIA, around 3 months back. Never have I admitted this before, but one of the primary reasons why I applied to be a part of the IDIA West Bengal team was because I wanted to see Prof. Basheer working and to learn from this legend of a person. Unfortunately, it seems like some of my motives will remain unfulfilled, but I find solace in the fact that we are doing a decent job at carrying forward his legacy.

In less than 3 months of the current office bearers commencing activities for the year, we’ve gotten in touch with more than 20 schools in and around Kolkata (and 5 in Purulia), all of which we’ve received a positive response from. In fact, we’ve already conducted sensitization drives in more than 7 schools and have managed to sensitize more than 300 underprivileged students about law as a career, which is a leap in the right direction. Moreover, we’ve also conducted INAT tests in 3 schools, which is the next step in choosing our potential scholars. We’ve also got prospective dates for the same in the remaining schools we contacted. All this is the testimony to the unprecedented work that is destined to pan out in the remaining year. 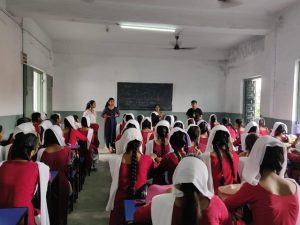 The sensitisation drive at the Anjuman Islamic Girls High School by the IDIA West Bengal chapter.

Law still occupies a very secluded place when talking about career options, which makes it more imperative to create greater awareness about it. In our first drive, for which Sakshi Aggarwal, Rupanwita De, Poorvi Rai, Istela Jameel and Tamalika Bera visited the Anjuman Islamic Girls High School on 24th August 2019, only 5 out of 60 girls knew about law or its scope as a profession and were interested in it. Thus, we began by introducing the concept of NLUs to them and spoke about the array of opportunities that were waiting to be unravelled there. It was a fruitful session and by the end of it, more than 40 girls were willing to opt for the INAT test and considered giving CLAT. 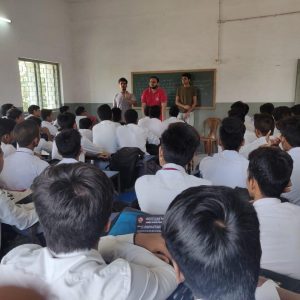 The sensitisation drive at the Islamia Public School by the IDIA West Bengal chapter.

The largest drive we conducted this year happened on the 29th of August, 2019, when Gaurav, Smritanshu, Musa and Subhajit (all members of the IDIA West Bengal Chapter) visited Islamia Public School and managed to sensitize over 150 students in batches of 50, exclusively from Grade 11. There too, the team members found that law and NLUs were an alien concept for the students. However, our volunteers did an excellent job at describing the study of law, life in NLUs as well as career opportunities that open up for law students in simplistic terms. At the end of the sessions, we managed to get over 125 takers for the INAT. 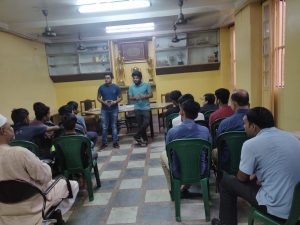 The sensitisation drive at the Calcutta Muslim Orphanage by the IDIA West Bengal chapter.

A similar, albeit smaller drive was also conducted in Calcutta Muslim Orphanage on 31st August 2019 by Kazi Aashique, Neeraj KP and Parth Gala (team members of the IDIA West Bengal Chapter). Though the target group was smaller, this in no way took away from the fact that this drive was immensely successful. All 15 of the students, were really responsive to the whole idea and showed great potential. 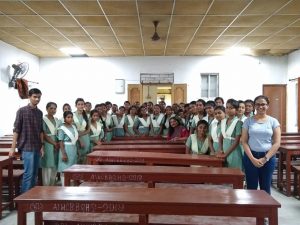 The sensitization drive at AIWC Buniyadi Vidyapith Girls High School was conducted on 7th September and holds a special place in our hearts. Besides being a stone’s throw away from NUJS, this was also the first drive where our very own IDIA scholar Sushant Gajula, who made it to NUJS this year accompanied Istela Jameel and Astha Rath (team members of the IDIA West Bengal Chapter) to conduct the drive. The girls were awestruck at Sushant’s journey, which he very fabulously orated, and imagined themselves in his place 2 years down the line. This went a long way in creating a long-lasting impact on them, considering they didn’t know anything about law or NUJS, despite being so close to the college. It was an emotional 1 hour for all of us on 7th September. The girls were really responsive to him, and asked about how they could retain their current interests while simultaneously pursuing law.

While nothing is easy, the great spell we’ve had thus far only prods us to further pursue our work and take each day as a valuable lesson in compassion and selflessness, and thus moving one step closer to the dream Prof. Basheer once envisaged, one of accessibility and diversity in legal education and the profession.

This post has been authored by Priyam Mittal, a 1st year student from the West Bengal National University of Juridical Sciences, Kolkata(WBNUJS). She’s a part of the sensitization, and the PR and Fundraising team of the West Bengal Chapter.

access awareness diversity education Kolkata law Sensitisation west bengal
Going Forward, One Sensitisation at a Time2019-10-152019-10-15https://www.idialaw.org/wp-content/uploads/2018/12/logo-six.pngIDIAhttps://www.idialaw.org/wp-content/uploads/2019/10/wb-anjuman-islamic.jpg200px200px
About
IDIA
IDIA is a pan-India movement to train underprivileged students and help transform them into leading lawyers and community advocates. IDIA is premised on the notion that access to premier legal education empowers marginalized communities and helps them help themselves. To donate towards the cause, please visit: idialaw.org/donate/ For additional queries contact: Swati Agrawal, Director - Operations, swati@idialaw.org. 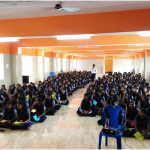 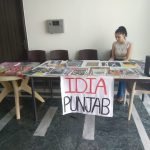 IDIA Punjab Chapter Fundraiser | A First for the ChapterBlog