IDIA Football League 2018 – A Weekend to Celebrate Diversity through Sport

IDIA (Increasing Diversity by Increasing Access) Charitable Trust organised the 5th edition of its annual fundraising tournament- the IDIA Football League- in Mumbai on October 6th & 7th 2018. As with the previous editions, the IFL 2018 was powered by sponsor & partner, Vahura. This year also saw on board various other sponsors for the event such as Enerzal (who was our hydration partner) and Khelomore (a digital platform that bringing together young athletes and coaches/academies for a better performance on field). The event would not have been possible without the kind support of Dumela who sponsored the official jerseys for the tournament.

We kickstarted the 5th edition with our annual fundraising dinner titled IFL night. We were privileged to showcase the performances by two lawyers pursuing their passion for arts, Aditi Ramesh, an exemplary vocalist and Pooja Natarajan, a stand-up comedian when her busy lawyer schedule permits.

We are thankful to FLYP@MTV for letting us host the IFL night and making sure that the food and drinks were free flowing. We also thank The Grey Matter and Dhaval Vussonji who pitched in last minute and helped us to make IFL Night a grand success. Our guest of honour at IFL, Mr. Henry Menezes, CEO of Western India Football Association and former goalkeeper of the Indian football team graced the occasion.

Both days of the championship witnessed nail biting matches as 16 teams were head on for the coveted IFL Cup. Day one of IFL 2018 was packed with action with all the league matches which sealed the fate of these teams. The top two teams in each group competed for the IFL Cup and the remaining two battled for the IFL Plate.

J Sagar Associates (JSA) and Wadia Ghandy fought it out for the IFL Plate, which was won by Wadia Ghandy with a 3-2 score.

Below is the list of the individual awardees of IFL-2018. This year, IDIA also gave away a INR 3000 voucher for the best cheerleading squad on the ground and this award made sure that cheerleaders did the best they could to win the vouchers.

We also hosted a friendly match between the kids from The Little League and the IDIA Mumbai chapter members which was thoroughly enjoyed by the players and the audience alike. The Little League is a not-for-profit organisation established to facilitate and encourage the upliftment of underprivileged children through sports.

The event photographs with the whacky, thrilling and exciting moments of IFL 2018 are available here. 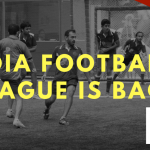 IFL is Back, and it’s Bigger and Better!Blog 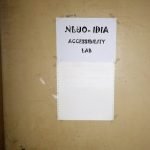