Jashpur district lies in the north-eastern corner of the state of Chhattisgarh, bordering the states of Odisha and Jharkhand. It is a district with a majority tribal population.

Earlier in the year, i.e. in May, 2019, two volunteers from HNLU had conducted a month-long training session for students from Jashpur. In this brief period of one month, the volunteers managed to help one of the trainees clear the Common Law Admission Test (CLAT). The said trainee eventually joined HNLU as an IDIA scholar! In light of the success of the pilot project, a year-long collaboration was operationalised between IDIA and the Jashpur Administration under a programme called “SANGYAN”. 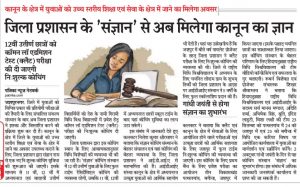 [Descriptive text: A news clipping in Hindi published in “Patrika” reporting the collaboration between the Jashpur District Administration and IDIA.] 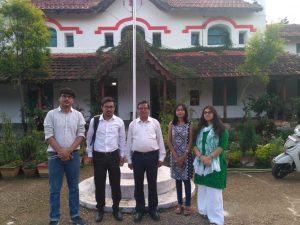 A detailed description of the region-wise sensitisation programme is given below:

[Two students from Prakash Higher Secondary School and one student from St. Xavier`s English Medium School have been shortlisted for free training with IDIA to crack law entrance examinations, after they successfully cleared the INAT test and telephonic interviews].

[Two students from Saraswati Shishu Mandir-Basant Bihar, Jashpur Nagar have been shortlisted for free training with IDIA to crack law entrance examinations, after they successfully cleared the INAT test and telephonic interviews]

[Two students from Government Girls High School, one each from St. Vincent Palloti Higher Secondary School and Saraswati Shishu Mandir were shortlisted for training with IDIA to crack law entrance examinations, after the four students successfully cleared the INAT test and telephonic interviews.] 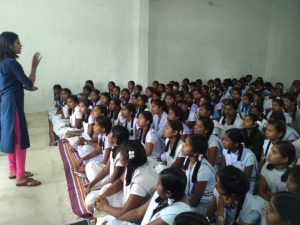 During the aforementioned sensitisation schedule that spanned three days and three blocks of the Jashpur district, around 12 schools and more than 1000 students were sensitised, who subsequently appeared for the INAT. Out of these 1000 students, 9 students have managed to clear both the INAT and the interviews and have been shortlisted training with IDIA to crack law entrance examinations at Jashpur Nagar under the “SANGYAN” programme. 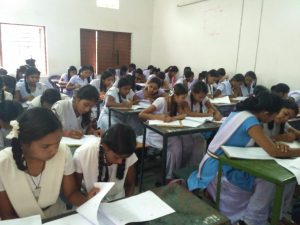 Collaboration with the Jashpur district administration has proved to be a fruitful experience for the IDIA Chhattisgarh Chapter. With the infrastructural and other support of the administration, the team was able to reach a significant number of students within a span of three days and sensitise them about the transformative potential of the law. This creative synergy has tapped into the hitherto unexplored potential of the heavily tribal district of Jashpur. We hope that such collaborations are emulated across our state chapters all over India so that Prof. Basheer’s message of legal empowerment, inclusiveness and diversity is spread even to the remotest parts of our country.

[Manash Mondal is the author of the post and the Team Leader of the IDIA Chhattisgarh Chapter. He is currently studying in the fifth year at the Hidayatullah National Law University] 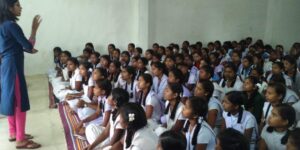