The mechanics of doing a street play

with an hour long journey by the team in a bus from NUALS, Kochi to Marine Drive, starting at 2 p.m. from NUALS. On reaching the venue, we started scouting the area to find the best place for maximum impact  – a task of no small importance for a successful street play. We shared the joy felt by colonial explorers when we discovered moving crowds at the pathway adjacent to the backwaters. Having found our audience, we started setting the stage with our modest prop – a flex with the chapter’s logo and information. With the preparations over, we began the street play.

The craft of doing a street play

People started corralling around the group as the skit began. The story revolved around a group of school children, having just matriculated from the 10th grade, beginning to worry about their futures and higher education options. Picking from a mélange of professions, one student expressed her desire to join the legal profession. This was met with mockery by other students who had many set notions about the limited earning capacity of lawyers, and their reputation as swindlers.

This marked the dramatic entry of the IDIA hero, who comes to the rescue of the befuddled students. He explained the perks of studying law, and dispelled any their preconceived misconceptions about the profession. He also shed some light on the the sort of work they would do as lawyers, their pay, and other importance aspects of being a lawyer. A vast array of options are available to law students upon completion of their studies such as journalism, sports, dance, civil services or more. Diverting from the conventionally preferred fields of medicine or engineering, the students became fascinated by the prospect of an education in law, but were apprehensive about the costs of studying in the National Law Universities. The IDIA hero came to the rescue again, and told them about IDIA, which ensures that for every student who has a will to study law, there is a way.

All in all, a good day of work

We performed this skit thrice in different locations. The passion and excitement of the members, was met with curiosity and interest from the audience. The audience consisted mainly of parents, who showed interest in the activities of the organization.

We wrapped up the session by handing out pamphlets to those interested in knowing more about IDIA’s work.

The entire process began at 3 p.m., and was concluded by 5 p.m. Street play is a fun and effective way to spread awareness and reach out to a wide audience. IDIA is committed to spreading awareness about legal education, in order to make it inclusive and diverse. Through street plays, we can dispel misconceptions about law, and inform a wide range of people about law as a career.

We invite all of you to give suggestions for new ways through which we could spread awareness about legal education.

IDIA Kerala Chapter conducts a Street Play2016-11-022018-06-21https://www.idialaw.org/wp-content/uploads/2018/12/logo-six.pngIDIAhttps://www.idialaw.org/wp-content/uploads/2016/11/street-play-idia-kerala.jpg200px200px
About
IDIA
IDIA is a pan-India movement to train underprivileged students and help transform them into leading lawyers and community advocates. IDIA is premised on the notion that access to premier legal education empowers marginalized communities and helps them help themselves. To donate towards the cause, please visit: idialaw.org/donate/ For additional queries contact: Swati Agrawal, Director - Operations, swati@idialaw.org.
Comments 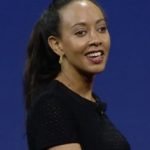 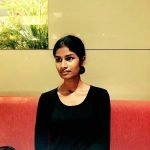