You read that right! Over a span of three days, from 3rd – 5th April, 2019, a team from IDIA Odisha Chapter consisting of first year volunteers Tuku Padhan and Shreyas Alevoor (the author of this post), led by Team Leader (Legal Aid) Shivendra Pandey, conducted a marathon sensitization drive at Bolangir, Odisha.

While the IDIA Odisha Chapter has conducted a number of sensitization sessions over the past 7-8 years, most of them were conducted in KIIT (Kalinga Institute of Industrial Technology) Bhubaneswar, the Jawahar Navodaya Vidyalayas (JNVs) and Kendriya Vidyalayas (KVs) in the Cuttack-Bhubaneswar region. However, we felt that if the ends of diversity are to be met, we would have to expand further.

Bolangir, the cultural capital of Western Odisha, is situated over 320 kms from the capital city of Bhubaneswar and is a 6 hour journey from Cuttack, where NLUO is situated. We found an opportunity to conduct sensitization sessions in Bolangir, when Tuku, who had completed his schooling from JNV Bolangir informed us that a coaching institute at Bolangir called the Navodayan Academy, run by Navodaya alumni for students of JNVs and KVs was willing to collaborate with IDIA in providing law coaching to under-privileged students for free. The academy for long had been running a Super-30 like programme for JEE (the entrance examination for IITs and NITs) and AIIMS (the entrance examination for medical schools), and wanted to expand into law.

After a long train hour journey from Cuttack to Bolangir, we first visited the Jawahar Navodaya Vidyalaya, Tarbha, where we interacted with students from 9th and 11thstandards. We conducted the session for about half an hour, in a curious mix of Hindi, English and Odia. It was heartening for us to see the light in a few children’s eyes as we spoke about life at National Law Schools. We ended the sensitization there with a promise to return in July to conduct the IDIA National Aptitude Test (INAT – IDIA’s internal test to identify students with an aptitude for the study of law).

For the next two days, we conducted three rounds of sensitizations at one of the oldest educational institutions of Odisha- Rajendra Autonomous College and at Bolangir Government Women’s College. Both colleges combined, we interacted with over 350 students, mostly from the 11th standard. The students at these institutions are different as they have lesser opportunities than their counterparts at the JNVs and KVs. The students were initially apprehensive and even thought we were sales company representatives, but as we interacted with them further, they began to getinterested.

Shivendra started off by illustrating how the law is not an alien concept by explaining how even the simple act of walking up to a shopkeeper and buying a pen has various aspects of law associated with it: the Law of Contracts, the Intellectual Property Law, the Law of Torts, etc. I discussed Indira Gandhi v Raj Narain, using it to illustrate how a lawyer can be more powerful than anybody else in society, even the Prime Minister of the nation. This got them hooked. At the Women’s College, we talked about how the law is the biggest feminist tool in their hands, and how they can use it to their advantage. Tuku was the designated translator for the session, and he spoke about his own family background, his life at NLUO and how IDIA functioned.

The response from the administration of both the institutions as well as the students was very positive, and we intend to visit them again in July for conducting INAT.

It was here that I understood the full import of our former Team Director (and senior at NLUO), Harshit’s words, when he used to say that sensitivity was at the core of the process of sensitization, and how it is important that we step into the shoes of the listener and look at the world through their eyes, while ensuring that the listener gets a glimpse of our world as well. A sensitization session is not just about talking about the law, it is also about, in Jeremy Corbyn’s words, showing how “a new future, a new alternative is possible”. After all, some of the biggest revolutionaries in history were lawyers: Babasaheb Ambedkar, Gandhi, Nehru, Patel, Rajendra Prasad; not to forget Abraham Lincoln, Nelson Mandela and Barack Obama. I believe once we recognize this, we wouldn’t really be talking to them as students, but as future revolutionaries.

This blog post has been written by Shreyas Alevoor, a first year student at National Law University, Odisha and volunteer with the IDIA Odisha Chapter.

access awareness CLAT diversity inclusion law lawschool lawyers legal education Sensitisation
IDIA Odisha Chapter conducts Sensitisation sessions for over 300 students in Bolangir in 3 days2019-07-022019-07-02https://www.idialaw.org/wp-content/uploads/2018/12/logo-six.pngIDIAhttps://www.idialaw.org/wp-content/uploads/2019/07/bolangir_sensitization.jpg200px200px
About
IDIA
IDIA is a pan-India movement to train underprivileged students and help transform them into leading lawyers and community advocates. IDIA is premised on the notion that access to premier legal education empowers marginalized communities and helps them help themselves. To donate towards the cause, please visit: idialaw.org/donate/ For additional queries contact: Swati Agrawal, Director - Operations, swati@idialaw.org. 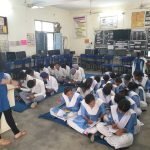 A promise to return: Sensitisation session by IDIA Punjab chapterBlog 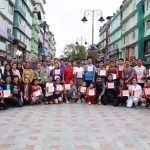