The student volunteers of IDIA Odisha Chapter from NLUO, Cuttack (NLUO) have successfully completed 5 sensitisations in 3 months from June to November 2016. Our sensitisations have catered to diverse audience ranging from school students to housekeeping staff. Our last sensitisation in Dompara district was the most successful, and at least 20 students have qualified IDIA National Aptitude Test (INAT), and we are ready to conduct their background checks in the month of January, to which the principal of the school has already agreed.

The team in its last sensitisation was supported and accompanied by an eminent journalist Mr. Kamla Kanta Dash (you can read more about him here – Wikipedia, Linkedin). He proactively gave an introduction to our drama in the local language (Odia), which was highly appreciated. Kamla Kanta Sir is also one of the founding members of the Odisha Diary, an online news portal. He has accepted our request to explore the possibilities of having Odisha Diary as an online partner with NLUO-IDIA team to promote ‘Law as a Career and Legal Awareness Workshops’ in rural areas of Odisha.

The details of all sensitisations conducted by us are as below-

The team was ably assisted by Prof. Kamala Kanta Dash who teaches Public Policy, Management and Political Science at NLUO. Prof Dash who has experience and expertise in journalism, literature, public policy and many other diversified fields, enthusiastically participated in the process and tremendously helped make the event a successful one, by sharing his insights, experiences and knowledge with a curious crowd.

The team addressed about 200+ students out of which 103 students appeared for INAT. We will be starting the background checks from January when the university reopens.

The IDIA team of NLUO, Cuttack has inducted its first trainee, Sriram Jajodia, who scored 25 out of 40 in his INAT. He has met the basic eligibility criteria to become a trainee. We are trying to get in touch with the LST branch of Cuttack for his training. The background check will be conducted in the first week of January 2017.

We will also be organising a fund raising in the upcoming semester. I would like to take this opportunity to congratulate and thank the whole IDIA Odisha team and the people assisting us, who are working pro-bono for their efforts, dedication and most importantly time. Thank you all.

IDIA Odisha chapter conducts sensitisations for diverse audience, and catches media attention – Sensitisation Stories2017-01-082018-12-26https://www.idialaw.org/wp-content/uploads/2018/12/logo-six.pngIDIAhttps://www.idialaw.org/wp-content/uploads/2017/01/sensitization-in-odisha.jpg200px200px
About
IDIA
IDIA is a pan-India movement to train underprivileged students and help transform them into leading lawyers and community advocates. IDIA is premised on the notion that access to premier legal education empowers marginalized communities and helps them help themselves. To donate towards the cause, please visit: idialaw.org/donate/ For additional queries contact: Swati Agrawal, Director - Operations, swati@idialaw.org. 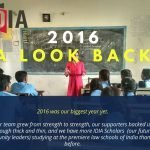 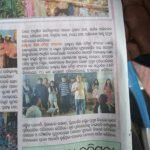