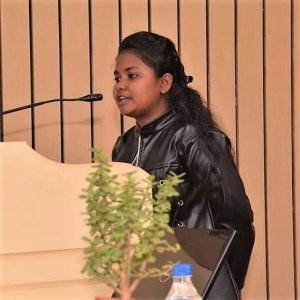 We are extremely proud of our scholar Rinju Kumari who has been selected as a judicial clerk to Justice Shivakant Prasad of the Calcutta High Court after a rigorous selection process involving a written exam and an interview. This is an important milestone for IDIA Charitable Trust (IDIA) that seeks to make the legal profession diverse and inclusive by making it accessible to students from underprivileged and underrepresented communities.

Rinju has been an extremely hard working IDIA Scholar who has always shown great grit and determination. She is always cheerful and full of vivacious energy. She has many achievements to her credit. In fourth semester, she has achieved the 2nd highest score in Calcutta University scoring a whopping 74.4%. Earlier she had also topped her batch in her second semester examination. Besides an outstanding academic record, she also loves dancing and has performed at an IDIA event in front of judges, dignitaries and the IDIA family.

Superbly talented Rinju belongs to a tea tribe from Dibrugarh in Assam. Rinju comes from a family of modest means based out of the Beheating Tea Estate. Rinju’s father is employed as a teacher in a local primary school in Dibrugarh. She sure has come a long way now!

Rinju did not go to a National Law University (NLU) but studied in South Calcutta Law College. She always had terrific aptitude for the study of law and a fire in her belly that we look for in our scholars. As CLAT is often a toss of coin, she couldn’t make it to an NLU in spite of putting in her best efforts. It would be a shame if students like Rinju do not get a shot at making it to the legal profession as they have the potential to transform the legal space. Thank you Rinju for demonstrating that you don’t need to go to a NLU to make a mark! IDIA has placed many scholars at the traditional universities and we do our best to augment their learning.

Rinju is a great example of IDIA’s mission to attain a level playing field where our scholars from underprivileged backgrounds can compete with often the more privileged students in law colleges. It is not about charity, but about giving equal opportunity to all. Once we have attained that, the scholars from diverse backgrounds can blossom and give some fierce competition.

Rinju also showcases the quality of “anti-fragility”, a term coined by a controversial scholar Nassim Nicholas Taleb. She has used her history of fighting adversity and converted it to her advantage. This is an attribute that even the best of law schools can’t teach. Rinju plans to work for her community which she says are among the most backward communities in Assam and are not aware of their rights. Best wishes from the IDIA family for all her future endeavours! 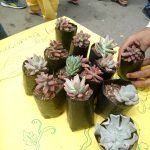 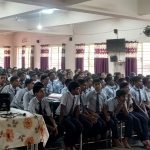