Section 2(e) of the Act states that a child from a weaker section means the one whose parents or guardians earn less than the minimum limit set by the Government. As per Section 2(d), a child from a Disadvantaged Group (‘DG’) includes children with disabilities, those belonging to Scheduled Caste (‘SC’) or Scheduled Tribe (‘ST’), and those part of any ‘socially and educationally backward class’ as may be specified by the notification of an appropriate Government.

In the 2018 Naz Foundation case, Supreme Court declared that DGs u/s 2(d) of the Act should include children suffering from HIV. Interestingly, in 2012, the Directorate of Education of Delhi had amended the definition of ‘disadvantaged category’ to include Orphans. In 2014, in another positive step; Delhi included transgender children within the DG category and extended all benefits of the Act to them. Although the 2012 Karnataka Rules have included migrants and street children in the ‘disadvantaged group’, it does cover ‘disabled children’ in the category, even when the same has been obligated by the primary Act (Mehendale, Mukhopadhyay et al, 46). The 2010 RTE Rules of Rajasthan explain that girls will be considered validly in the DG Category. Similarly, the 2010 Andhra Pradesh Rules, thoroughly state that in plain areas, HIV affected children, disabled children and orphans will be given priority followed by children from STs and SCs. Though Maharashtra did not expand the definition of DG Category, the Maharashtra Rules include Vimukta Jatis (De-Notified Tribes) in the definition of ‘weaker section’ (Tucker and Sahgal, 4). Some States construe weaker section as only the economically vulnerable, while others include social categories in the same. This discrepancy in the definition can be attributed to the specific needs of a State, however, the lack of a fundamental understanding of the DG Category and Weaker Sections proves to be problematic.

In Society for Unaided Private Schools of Rajasthan, Section 12(1)(c) of the Act which governs the 25% reservation for children from weaker sections and disadvantaged groups in private unaided schools, was challenged. The Supreme Court observed that ‘compulsory reservation in unaided non-minority schools for achieving universal primary education’ is permissible under Article 21-A of the Constitution which guarantees a right to affordable education. Moreover, the inclusion of Article 15(5) through the 93rd Constitutional Amendment allows the State to regulate reservation of seats in unaided non-minority educational institutes. However, the Court, relying on Article 30(1), excluded minority unaided educational schools from the responsibility of reservation. This is also in line with the principles of autonomy, voluntariness and non-nationalization of seats in private minority institutes as embodied through the judgment of TMA Pai Foundation and PA Inamdar. Hence, the designated weaker sections and disadvantaged groups are required to be admitted in every private unaided non-minority institute except orphanages and boarding schools.

But the Rules framed by each State may limit the impact of the parent Act. For instance, Rule 4 of the 2012 Karnataka Rules stated that no unaided private school will have to bear the burden of admitting vulnerable groups, if a government or aided school was available within the neighbourhood. When it was challenged in RTE Students’ and Parents Association, as being ultra vires the primary Act, the High Court rejected the contention. It concluded that the Government will have to pay ‘astronomical figures’ for reimbursing educational fees, when in fact, another viable option of government and aided schools existed (Bhatia). This judgment goes against Section 12(1)(c) of the Act and the opinion in Society for Unaided Private Schools in Rajasthan where the Supreme Court upheld the significance of Article 21-A and the responsibility of both State and non-state actors to enforce this fundamental right. Hence such rules may limit the choice of children from weaker sections or disadvantaged groups and prevent them from reaping the benefit of Section 12(1)(c).

Although weaker sections based on social and cultural background may vary from State to State, several groups which are under-represented pan-India fail to make the cut under the Act including transgenders, De-Notified Tribes and persons with disabilities. Such disparity calls for a centralised notification, outlining socially and culturally disadvantaged in addition to Scheduled Castes and Scheduled Tribes mentioned in Section 2(d) of the Act. Moreover, there is a lack documentation and impact analysis in most States. Though the notifications allow certain disadvantaged groups to avail the benefit of Section 12(1)(c), the ground reality is not known. Due to the lack of documentation, in actuality, SCs and STs are often prioritized over other culturally underprivileged groups like children affected with HIV, transgenders or children living on the streets. Like Kerala, where the local authority is to maintain a record of all children falling in vulnerable category aged between 0-14, other States should follow suit, especially when it is mandated by the Act (Kaushiki).

Private unaided schools are often hesitant to discharge their responsibility under the Act. However, that is not unwarranted. Even though these schools are reimbursed by the Government, the amount they receive, by virtue of S. 12(2), is capped at the amount the Government would spend on a child at a public school. These low figures often cover only bare negligible costs of expensive private schools. Moreover, there are numerous lapses on part of the Government in paying these mandatory costs, for instance, in Uran Education Society, the Bombay High Court issued a directive to the Maharashtra State Government to compulsorily pay the accrued fees to private unaided schools as mandated by the Act.

The enforcement of the Act can only be effective if there is a strong Public – Private Partnership (‘PPP’), i.e., planned cooperation between government and private sector for education services. One model of PPP involves private managerial staff in public schools; Educomp has entered into an agreement with the Government of Punjab to administer a few Secondary Schools in the State. It can also involve contracting out professional services in public schools such as teaching, curriculum development etc.  (Luthra and Mahajan). These initiatives must be spearheaded in an effective and transparent manner to achieve the goals of the Act. Hence, the true potential of the Act can be realized through centralized notifications, enthusiastic participation from all stakeholders including private entities and an expansive interpretation of vulnerable categories.

The views and opinions expressed in this blog post are those of the author alone. They do not reflect the official position of IDIA Charitable Trust. The facts have been compiled by the author and we make no representations as to their accuracy or validity. We will not be liable for any errors, or omissions. Readers are advised to verify the facts.

intern corner
Interns’ Corner | Scope Of ‘Weaker Sections And Disadvantaged Groups’ Under The Right To Education Act2020-07-152020-07-15https://www.idialaw.org/wp-content/uploads/2018/12/logo-six.pngIDIAhttps://www.idialaw.org/wp-content/uploads/2017/04/logo-two.png200px200px
About
IDIA
IDIA is a pan-India movement to train underprivileged students and help transform them into leading lawyers and community advocates. IDIA is premised on the notion that access to premier legal education empowers marginalized communities and helps them help themselves. To donate towards the cause, please visit: idialaw.org/donate/ For additional queries contact: Swati Agrawal, Director - Operations, swati@idialaw.org. 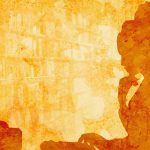