The following is an account of the experience of one of IDIA’s PPIL (Promoting Public Interest Litigation) fellows, Abhay Jain, who has been working in some panchayats of Shivpuri, Madhya Pradesh, as part of his fellowship.

In November 2017, I was on a yatra to the drought hit tribal hamlets of Shivpuri, to understand the impact of drought at the ground level and spend some time with the locals to discuss and understand the situation.  On November 20, 2017, I reached the village called ‘Vinega’ of panchayat Chandanpura. Vinega is predominantly a tribal hamlet inhabited by members of the Sahariya tribe, which is a particularly vulnerable tribal group.

As soon as I entered the village, I saw ‘Mera Parivar Garib Hai’ (‘My Family is Poor’) painted outside all houses in the village! It struck me as highly irregular and odd and I wondered why such a message was written and how someone could stamp a label of poverty on people. I decided to get to the bottom of the matter. On enquiring with the villagers, I found out that the disturbing message was written by the Secretary of the panchayat outside the houses of all BPL (below poverty line) families, in order to identify BPL card holders, which would enable such families to avail of their entitlements as BPL card holders. The villagers, most of them being illiterate, did not know what was written outside their own homes and that they were labelled in that manner. When I explained the meaning of the message to them, they said that they felt it was better to promote poverty with that message outside their homes, than not getting any ration for not writing it

Troubled by the situation, on November 21, 2017, I made a complaint to the National Human Rights Commission (NHRC) and requested them to take action against the painting of the message ‘Mera Parivar garib hai’ in more than 100 villages of Janpad Shivpuri. In the said complaint, I emphasized that poverty is not a privilege, it is not something to be worn as a badge and displayed. In fact, it is a bane that requires economic and social interventions if it has to be meaningfully addressed. Forcing the villagers to declare that they are poor and that they take ration is no means of alleviating poverty and is in gross violation of their right to live with dignity.

Following my complaint, on 13th December 2017, the NHRC issued a notice to the Chief Secretary (Govt. of Madhya Pradesh), calling for an ‘action taken’ report with reference to the complaint, in four weeks’ time. The matter was even covered in the media here, here, here, here and here. As soon as the matter came out in media, the Chief Executive Officer (CEO), Janpad Shivpuri and the Secretary and Sarpanch of the local Panchayat rushed into action and all the walls in all the villages of Janpad Shivpuri were whitewashed overnight.

With time, as I proceeded, in this case, I understood that such a message could not be written without an official order from some authority. Accordingly,  I went on to strategically file an RTI application asking for all documents relating to BPL families. I was shocked when I came across a letter from CEO Janpad Shivpuri ,wherein he had clearly ordered the all the sarpanches and secretaries of Janpad Shivpuri to paint ‘Mera Parivar Garib Hai’ outside houses of all BPL families in the village; the letter also stated that failure to do so would attract penal action against the concerned sarpanches and secretaries. This letter was also marked to the Collector and District Magistrate , Shivpuri, Sub-Divisional Magistrate Shivpuri and CEO Jila Panchayat. This inhuman order clearly exposes the complete lack of sensitivity and concern of officials when it comes to addressing the complex problem of poverty

Even after 8 months from the date of the notice issued by NHRC dated December 13, 2017, no ‘action taken’ report was submitted by the concerned authorities, which prompted me to write  to NHRC requesting them to expedite hearings in the case. Thereafter, NHRC issued a show cause notice to the Chief Secretary (MP Govt.), stating that if the said report is not submitted by 06th December 2018, then action will be taken against the Chief Secretary and that he will have to personally appear before the commission.

It was after that that the report was finally submitted by the Additional Chief Secretary (Panchayat and Rural Development, MP Govt.) on 22 November 2018. The report stated that under the Bharat Uday Abhiyan, there was a drive to go door to door to add names in the BPL category list and to eliminate the ineligible families from the list. Therefore, outside every house of an eligible family, the name of the relevant BPL card holder with their number was written. The letter did not give any reason or explanation as to why ‘Mera Parivar Garib Hai’ was written outside the houses of officials (who were not eligible for the benefits of the programme) and conveniently tried to escape accountability of the concerned official who gave such orders.

The NHRC thereafter asked the complainant (me) to submit comments on the report submitted by the Additional Chief Secretary by 21st January 2019. I have accordingly submitted  my comments on the said report, where I have clearly stated that this grotesque action was taken based on the official orders of the CEO, Janpad Shivpuri, to all the Sarpanches and secretaries in the region, and I have recommended that strict action, including suspension, should be taken against the concerned official(s) for the gross violation of human rights perpetrated by them.

bpl discrimination madhya pradesh poverty ppil shivpuri
‘Mera Parivar Garib Hai’ (‘My Family is Poor’)2019-06-282019-06-28https://www.idialaw.org/wp-content/uploads/2018/12/logo-six.pngIDIAhttps://www.idialaw.org/wp-content/uploads/2019/06/mpgh2.jpg200px200px
About
IDIA
IDIA is a pan-India movement to train underprivileged students and help transform them into leading lawyers and community advocates. IDIA is premised on the notion that access to premier legal education empowers marginalized communities and helps them help themselves. To donate towards the cause, please visit: idialaw.org/donate/ For additional queries contact: Swati Agrawal, Director - Operations, swati@idialaw.org. 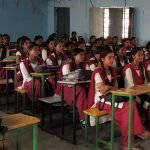 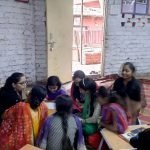