The IDIA team had an opportunity to interact with an enthusiastic bunch of around 160 students. After the session, we administered the INAT (IDIA National Aptitude Test) to the students, which is used as the first-step for the IDIA trainee intake process, as it helps us identify students with an aptitude for the study of law.

Our visit to JNV started by meeting with the Principal and teachers and sharing with them IDIA’s vision and the work we have done so far. Following a hearty meal at the hostel mess which they generously organised for us, we began our interaction with the students. Like every other sensitization, we began by asking the students about their preferred career choices after they completed school. Unsurprisingly, the top picks were engineering, medicine, civil services, etc. Upon enquiry as to why such few students were interested in studying law, the students gave a conventional response that they had very little information about what lawyers do, and that other career options seem more lucrative.

Identifying the lack of information about how to enter the legal profession as well as the bias in favour of other professions as the cause of disinterest, we began by enacting and giving examples of how the law is part of our everyday life. The students were baffled to know the extent of legal work that goes into launching a new laptop model. For them, engineers seemed to do all the magic.  Advancing into the session, the students were shown how law governs our lives, from issues such as crime to contracts and even family disputes. This helped the students see the importance of not just the legal profession but of awareness of the law in general.

Next, we shared with the students our own experience of writing CLAT and the benefits of preparing for the exam, what our life is like in NLUs, as well as the career opportunities that await upon graduation. Their curiosity and interest to learn more about Law as a career had become more pronounced by then. Later, they were also given questions from each section of CLAT which they solved enthusiastically This resulted in great enthusiasm to write the INAT amongst the students and they solved each section enthusiastically. While writing the INAT, the students seemed to especially enjoy the questions from the legal reasoning section as the examples and rules were relatable. 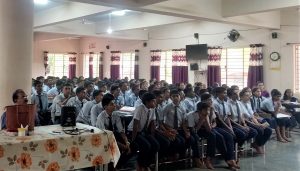 Wrapping up the session, students were shown videos of inspiring IDIA scholars and were informed of the process of becoming an IDIA scholar. It is noteworthy that where only a handful of students wanted to become a lawyer before the sensitisation, several young students eagerly expressed their wish to know more about the programme and participated in the test earnestly, post the sensitization. 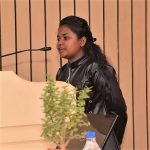 Top law firms in Kolkata and other cities come on board as IDIA’s internship partners!Blog
IDIA