The participants were asked to choose one of the two prompts that were given to them. They were asked to write a short tale beginning with the same prompt. A few “keywords” were provided that had to mandatorily incorporated into the story.

I. Mr. Ashish Pawar
A teacher of English language and literature for a decade, Ashish has taught at various reputed higher education institutions across Pune. He holds Masters Degrees in English as well as Linguistics. Currently, he is a PhD scholar at Institute of Advanced Studies in English, Pune. He works as an Assistant Professor of English at ILS Law College, Pune.

II. Ms. Pronema Bagchi
Pronema holds a Ph.D. in English and has more than 5 years of teaching experience. She has conducted a few teacher-training workshops in schools and has published research papers in several recognized journals. She has also worked as the language editor for ePGpathshala (MHRD), as an Assistant Professor at Fergusson College and as a visiting faculty at English Language Teaching Institute of Symbiosis. She is one of the office-bearers of English Language Teachers’ Association of India, Pune Chapter.

After reviewing entries from more than 100 participants from all over the country, the Judges declared the winning stories on 21st June. The winners, Sri Pallavi and Shreya JR from NIT–K, won a cash prize of ₹ 2000. The runners up (who won a cash prize of ₹1000) were Gargeyi N (IMI-Delhi) and Veneel George Dogga (IIM-A).

The two stories with their respective prompts are as follows:

My mother called. Again. And again. And again. This time I had to take it. I couldn’t delay it further. She had found a new boy for me. Word was that he was ‘that kind’ too.

Mothers, they’re never satisfied till their kids are ‘settled’!

This was the exact reason why I ended up meeting the boy. I found out we had a lot in common.

Though we spent almost an hour and a half together, there sure was something that we DID NOT have in common.

He was gay. And I was a lesbian. In short, we liked the same genders as ourselves which contradicted our interests.

Better yet, MY MOTHER KNEW I am not straight. Yet, she set this stupid date up, and I had no choice but to meet him, just for her sake.

Furious was what I was. I couldn’t even picture us dating, let alone get married.

With that, I stormed into the living room, eyes directed towards my dear mother who sat sipping her second cup of coffee for the day and watching a TV show I couldn’t care any less about. She was wearing one of her usual cotton sarees.

“Mom,” I scowled, successfully getting her attention onto me. “You can’t be serious.”

“With what?” she replied, blinking and taking a sip of her coffee.

“The boy you made me meet” I had no idea what my face looked like then, but I knew I wasn’t sane.

“Did it go well? I’ve heard he’s a sweet child.” Her eyes lit up in innocence while I went crazy over all by myself.

Whatever the issues were in my mother’s hands, she knew better than to fret over them or over think her life decisions.

“How have you heard everything about him but the fact that he’s ‘that kind’?” I ask. She totally should have realized my point by now. There was a minute of silence. My mother looked at me with no expression whatsoever and again taking a sip of her coffee.

Why was it taking so long to finish one goddamn cup of coffee? “What do you mean ‘that kind’?”

My shoulders fall, and I purse my lips. She really was this clueless all along, wasn’t she?

“I mean, he’s my kind!” I emphasize on ‘my kind’, so that she would know what I meant. I just didn’t want my dad to know what I mean, seeing as he was in the other room, it would definitely start a world war 4. Or was it 3? I do not care enough, History wasn’t my subject, but I’m pretty sure it was 3.

“That’s exactly why I set you guys up.” My mother grinned, and as annoying as it sounded, she also sipped her coffee for the nth time. “He sounds totally like your kind.”

“No-“I shake my head. I try to come up with words. “He’s Homo, you know?” “According to science, we’re all homo.” She says, voicing her words like butter, but I could see the mischievous glint in her eyes.

“He’s—He’s gay!” I whisper yell, a hand next to my face as if I was hiding this glorious secret from the world, while in reality it was just my grumpy old father in the next room.

“Isn’t that why you guys can get along better?” She tilts her head to the side.

I frowned. I didn’t get it. She knew I was a lesbian, so what did she mean that that would be the ultimate reason we’d get along?

“Wait what?” I blinked, straightening out my dress that was of the color pink that I wore just so I looked more ‘girl-ish’ to my date.

“Aye cut it out. I want the best for you.” She rolled her eyes. “All I’m saying is, get on with an open relationship with him. That’ll benefit you both.” She proceeded to shrug as if she hadn’t just let out the stupidest idea ever, but I wasn’t complaining. “Remember, India will see, whisper and judge. You both can use each other, and never let them hear you. I was once in your place, and it never ended right for me.”

“I’ve had more than eight girlfriends.” She whispered, leaning forward. My eyes widened at huge as the saucers. “It depends on how you play your game.” She smirked, and I couldn’t believe what I had just found out. “So what do you say?”

I don’t know, this was all a lot to take in, but her idea—however wrong it sounded, it excited me.

“I’ve taken care of it.” She winked

In our family, there’s no clear line between dangerous experiments and exploding into a million pieces. On this particular afternoon, my father took it upon himself to shock a brain just enough to observe a change in behaviour and cognitive ability. The obvious downsides not considered, his next trial participant was me…

…Here we were at his little laboratory again. Papa brings me down here every fortnight; we play around with his lab equipment. He places the metallic crown on my head with all those funny plugs and wires, and I get a happy nap while he scribbles something in his secret blue notebook. It wouldn’t have been that fun, if it weren’t for the ice-cream he bribes me with. And I do it, not for the ice-cream, but to see Papa happy.

“Are you awake?” someone whispered. I felt a hand touch my brow and I didn’t dare move. “Shhh it’s okay, you’re okay, open your eyes.”

I forced myself to wake up. An acute jab of pain shot through my arm. I tried to look around through my watery eyes but couldn’t move. I fell asleep again.

I tried opening my eyes. I heard whispering and an occasional sighing just within my earshot. Slowly sliding down the bed, I reached for the door. I carefully stepped out into the cold narrow vestibule, scanning for any sign of life. I struggled to recognize the person who was nearing me. Nearly as tall as I was. Frizzy hair…just like mine.

I let out a gasp as I saw the person materialize in front of me. The girl…was me. Hallucination? A mirror? I couldn’t tell. I panicked. She held me so that I wouldn’t collapse to the ground. I mustered up all my strength and demanded “Who are YOU?”

“Calm down” she cried. Gosh, she sounded exactly like me. “I know you’re baffled. So was I, the first time.” she went on.

“I’m you” she announced. “I’m working here as Papa’s assistant.” A million thoughts swirled in my head. Another me? All the experiments Papa did for his research purposes were actually to make clones out of me? I jerked my hand away from her. “Nadya!” she cried out.

I punched her in the face and ran towards the nearest exit. Making sure it was unmanned, I slid outside into the balcony. The sunlight was blinding, and my breathing, laboured. I ran through my mind all the possibilities of escaping from here. I could go to–

I felt a sharp needle pierce through my skin. Before I could do anything, I slumped to the ground.

I struggled to open my eyes. My body aching, I managed to wake up. I sat at the edge of the bed, gathering my thoughts. I scanned the room and I noticed the hollow metal door. I stealthily stepped out. In all the deafening silence, I heard a beeping sound. I followed it and found myself in front of a room.

Room-S201. Through the tiny glass window of the door, I could see a faint figure of a person lying in the bed. I sneaked in and shut the door behind me, my heart thudding like a drum. The beeping continued and I reached for the toggle-switch. The tube light flickered on and then steadied. What I saw in front of me, was more than I could take in.

It was me. The person lying on the bed. It’s not possible. I started sweating, my palms got damp. Another clone? I loathed Papa. My knees felt weak and I slumped onto the stool near the desk. Should I confront Papa? At the corner of my eye, I noticed Papa’s blue notebook. I started flipping through the pages and I saw various equations, algorithms, and drawings. I flipped through more pages until I reached a series of entries.

Nadya-X0001-Room-S201. Realisation hit me like a bolt of lightning. The girl in front of me – was the real one. And I’m a clone too. My mind turned chaotic

A red-inked note caught my attention. The clones wouldn’t live long, if X0001 dies. My stomach churned. I threw the notebook away.

I mumbled the line over and over to myself. The clones wouldn’t live long, if X0001 dies. I should save us from all this.

Kill. Stop. Chaos. Kill. Clones. The words raced through my mind. It all came down to this. I must kill her. For it all to stop. A series of visions flashed in my mind. Papa. The laboratory. The Notebook. Ice-creams. Papa again. Tears rolled down my cheeks and I struggled to breathe. Wiping the tears with the sleeve of my gown, I stood up, determined.

I steadily walked towards the ventilator and reached for the plug.

creative writing fundraising idialaw Pune short story
Spin-A-Tale Contest by IDIA Pune Chapter2020-07-032020-07-06https://www.idialaw.org/wp-content/uploads/2018/12/logo-six.pngIDIAhttps://www.idialaw.org/wp-content/uploads/2017/04/logo-two.png200px200px
About
IDIA
IDIA is a pan-India movement to train underprivileged students and help transform them into leading lawyers and community advocates. IDIA is premised on the notion that access to premier legal education empowers marginalized communities and helps them help themselves. To donate towards the cause, please visit: idialaw.org/donate/ For additional queries contact: Swati Agrawal, Director - Operations, swati@idialaw.org. 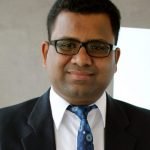