We’ve been shocked and saddened by the heinous assault on our IDIA student volunteers from WB NUJS. None of us expected that a court order (to prevent the eviction of slum dwellers in the Subhas Sarobar area) would be breached with this level of impunity. And that our students would be ravaged and mauled in this beastly a fashion. (Read the official statement of NUJS’ student body giving more details of the incident here. The incident has been covered here, here and here. )

Their trauma will take a long time to heal. But we will pursue all avenues of justice, with due regard to the safety and security of our students.

In the meantime, we celebrate their courage and compassion! This marks a new epoch in the history of the national law schools and legal education. These brave-hearts are the true heroes of today. Those that translate lofty notions on the books to practice on the ground. Driven by the plight of slum-dwellers (whose livelihoods were about to destroyed) they ventured forth, with little regard to their own life and limb. (Read more here)

If this does not embody the highest ideals of law and justice, then what does? We’re thankful to the many lawyers, law teachers, students and student associations from around the country that have come forward in open support of these students and their cause.

But we’re deeply saddened at the response of their own institution (WB NUJS); one that teaches them these lofty notions of law, justice and social transformation. While a number of faculty members from within have gone out of their way to comfort and support these traumatized students, the official response by the NUJS administration suggests a disturbing desire to distance itself from these students and from IDIA.

While IDIA is run independently and our student teams have maximal autonomy, we wish to place on record that the movement relies on partnerships and collaborations with individual institutions and law schools. As such, we would greatly appreciate it if the institution were more encouraging of students that demonstrated a rare courage, fortitude and compassion, going well beyond the call of classroom duty!

Particularly since the very idea of IDIA and its commitment to social justice took root at the hallowed halls of WB NUJS many years ago.  IDIA was in fact housed out of NUJS for some years before being formally institutionalized as an independent trust; and our very first IDIA team comprised a passionate set of students from within.

(6) NUJS IDIA Volunteers Brutally Assaulted While Trying To Save A Slum, LiveLaw,  http://www.livelaw.in/nujs-idia-volunteers-brutally-assaulted-trying-save-slum/.

Walk the Talk2017-09-142018-12-26https://www.idialaw.org/wp-content/uploads/2018/12/logo-six.pngIDIAhttps://www.idialaw.org/wp-content/uploads/2017/09/walk-the-talk.jpeg200px200px
About
IDIA
IDIA is a pan-India movement to train underprivileged students and help transform them into leading lawyers and community advocates. IDIA is premised on the notion that access to premier legal education empowers marginalized communities and helps them help themselves. To donate towards the cause, please visit: idialaw.org/donate/ For additional queries contact: Swati Agrawal, Director - Operations, swati@idialaw.org. 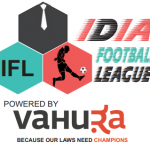 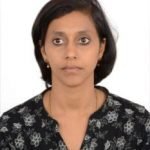